It’s not too late to do STEM and make a difference!

Florence Mulenga was born on the 14th of January, 1999 in Lusaka, Zambia. She is currently pursuing her bacherlor’s degree in Pharmacy at The University of Zambia.

Florence conceptualized an anti-asthma body spray that could potentially prevent asthmatic patients from having asthmatic attacks whilst using the body spray as a daily deodorant.

This concept was pitched in several competitions within Zambia and in South Africa in the year 2019. Having competed against 15 students from all over Zambia in a competition called FEMBIOBIZ, sponsored by The Southern African Network for Biosciences (SANBio) , Florence’s body spray concept emerged victorious in the competition and she was awarded as best student start up idea national wide with a sponsored trip to South Africa to attend the African Women Innovation Empowerment summit (AWIEF).

During FEMBIOBIZ, she went on to compete at the Zambia Entrepreneurship Summit and her concept emerged victorious as well and she was awarded best student start up idea at that event.

Florence Mulenga hit media news coverage countrywide after these achievements and she was later awarded as the young pharmaceutical innovator of the year by The Pharmaceutical Society of Zambia, making her the first student in Zambia to receive such recognition in the year 2020.

Early 2021, She pitched an idea on behalf of a rising delivery company and won a grant worth $2,000 for that company at a Global competition called Boss Biz Pitch Fest. She competed against people from all across the globe and emerged as the first prize winner of the competition.

In that same year , She was awarded the Economics Association Of Zambia Innovation Award and Was listed on the Top 30 under 30 future of Zambia by The Dream Factory.

Aside from innovation, Florence Mulenga is an advocate for health and women and in 2020, she was chosen by The Justina Mutale Foundation (founded by Dr . Justina Mutale who is one the 100 most influential women in the world) to speak during a virtual world summit focused on celebrating girls across the globe and she shared this global platform with the following people :

*The first female president of the Republic of Kosova

*The first female president of Mauritius

*The current Vice President of The Republic of Liberia

*The deputy Secretary of The Commonwealth

In 2021, She was given the opportunity to represent young girls virtually during The United Nations Commission on the Status of Women Conference which was held in New York.

She has been given platforms by Girl UP United Nations Foundation to host talk shows with powerful women from across the globe and She was made a Judge Ambassador for the Hult Prize Lusaka Impact Summit by The Dream Factory and was granted a certificate signed by President Bill Clinton.

She is currently the Programmes Officer at the Zambia National STEM Foundation and wants to use this platform to empower and equip young women Science and help connect them to different opportunities to encourage more women to take up STEM.

Lastly but not the least, She’s a talk show host for a show called Beyond & Above, a platform they use to encourage students by hosting people who are doing the extraordinary. 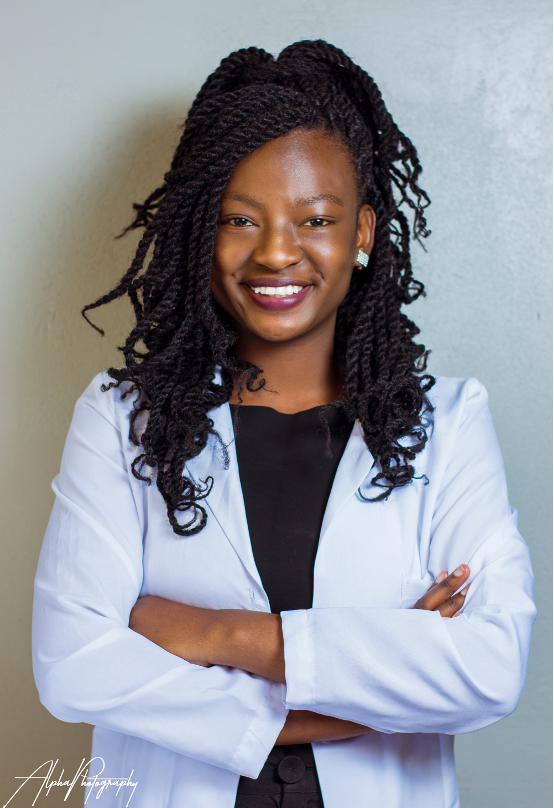