In today’s Leadership Monday, we discuss Social Intelligence aka SQ.

The detail will come from what you say and how you say it, not from what you wrote, I told myself. I opened my mouth and gave a twenty-minute presentation to the most senior people at the Bank, my message was succinct, my hand gestures were on point and I felt the audience with me. I delivered the message with clarity, poise, and grace.
As my last words hung in the air, I anticipated enthusiastic applause, but that was not all I got. People were on their feet. I got a standing ovation! Their reaction exceeded my expectations by far. That was the catapult moment in my career.
(An excerpt #Braving the odds!) The ability to connect with the audience and work the room required Social intelligence! With hard work, I had acquired the skill.

Social intelligence commonly known as SQ refers to your competency to successfully engage others, leading to mutually satisfying relationships. It includes the ability to listen deeply and communicate profoundly with widely diverse individuals and groups. It involves seeing the world from other’s perspectives, the ability to collaborate on problems and co-create outcomes, as well as the ability to effectively compromise. You might think of people with high SQ as having “people skills,” but what they truly possess is social intelligence. 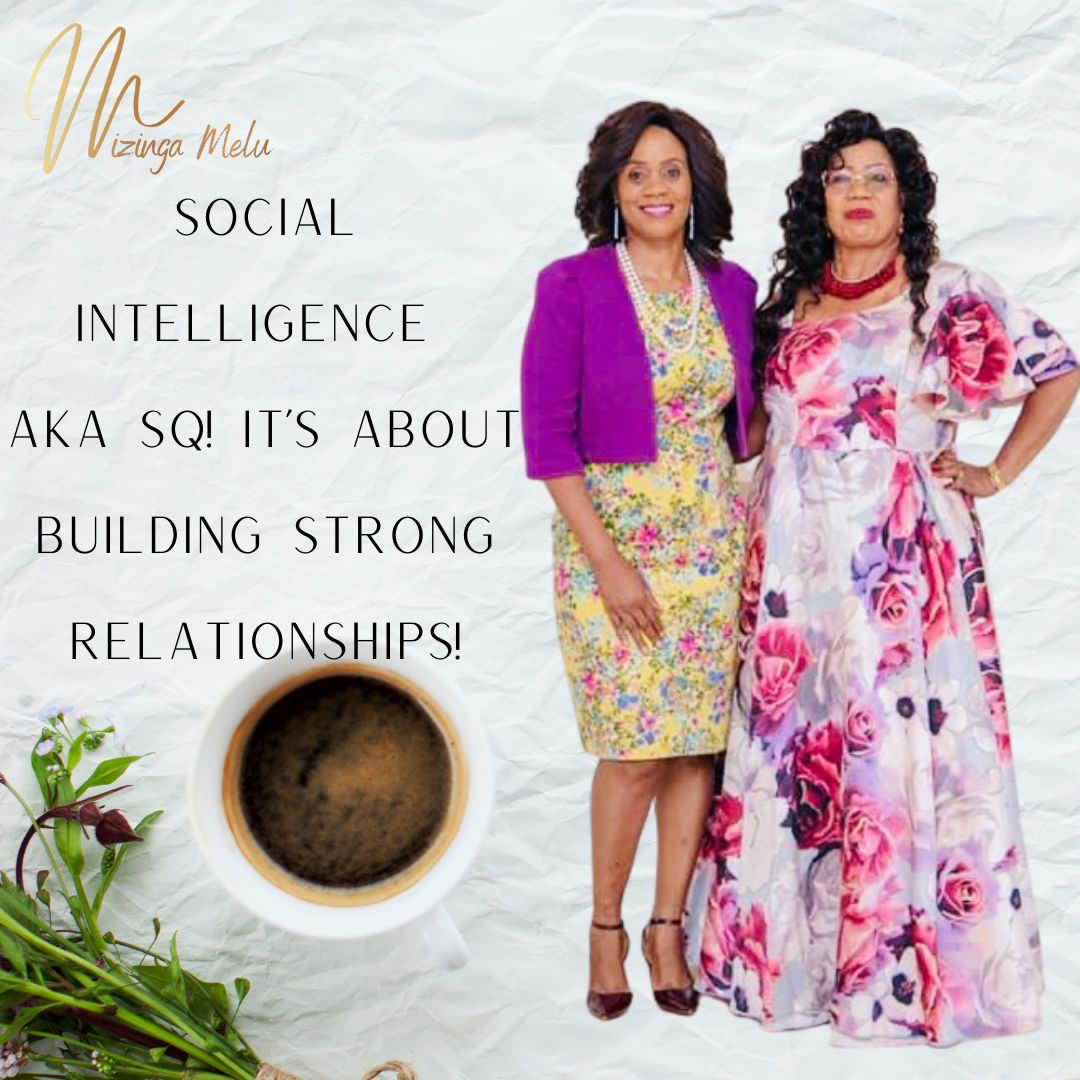 Social Intelligence develops from experiences with people and learning from successes and failures in social settings. It is more commonly referred to as “tact”, “common sense”, or “street smarts”. I have heard a number of people being described as street smart, “he might not be so intelligent but he is street smart!”. Empathy and social skills are key to social intelligence which is the interpersonal part of emotional intelligence.

People with social intelligence master the art of knowing when to talk or listen, what to say, and what to do. Timing is a big part of social intelligence. For example, someone who has low or no SQ may tell a funny joke – but at the wrong time, or not show enough interest when meeting someone new. SQ is essential for effective leadership and helps teams work better together.

High EQ and SQ tend to take people further in life than those with high IQ but low EQ and SQ. Of course having all 3 leadership intellects is the ultimate prize!

How can you tell when someone is Socially Intellect?

* Effective Listening: A person who possesses social intelligence doesn’t listen merely to respond but makes the other person feel like they have been understood.
* Conversational Skills: Have you ever seen someone “work the room?” They have conversational skills that enable them to carry on a discussion with practically anybody. They’re tactful, appropriate, humorous and sincere in these conversations.
* Reputation Management: Socially intelligent people consider the impression that they make on other people whilst still being authentic.
* Don’t argue for the sake of arguing. They understand that arguing for the sake of it does not build strong relationships. They don’t outright reject another person’s ideas, but rather listen to them with an open mind—even when it’s not an idea that they personally agree with.

Next week on Leadership Monday, we will deal with how to develop a high EQ and SQ!

Quick Question: Where do you rank your Social Intelligence skills? Do you have examples of how you have demonstrated great SQ?